The S400 the F35 and the Indian Airforce, A Triangle love 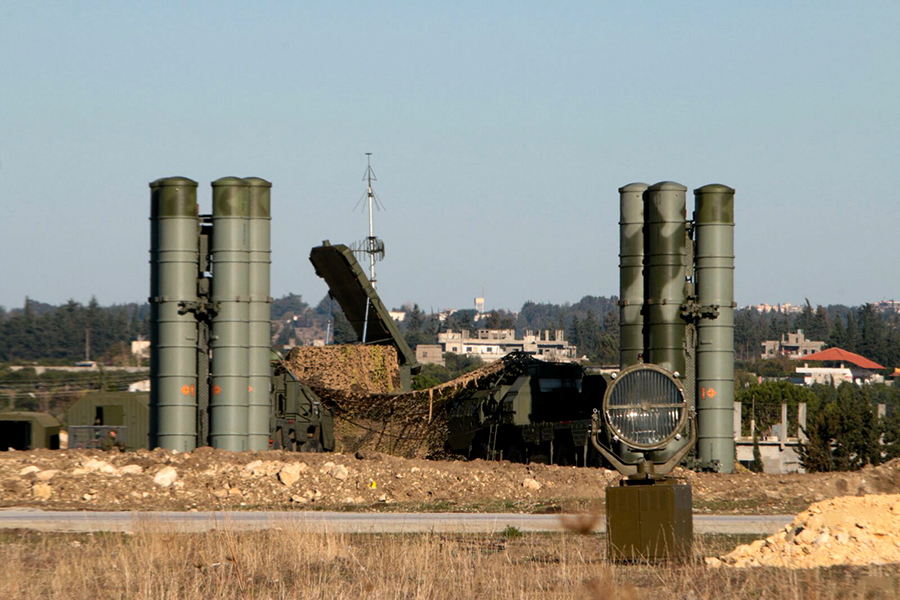 Last year India signed a deal worth $5.43 billion to procure S 400 missile defence system from Russia, receiving sharp reaction from the US opposing the deal and a threat of sanctions. (Write about CASTA)

The main reason behind the US opposition to the deal is that US-Russia relationship hitting rock bottom starting with Russian invasion in Ukraine, its aggression in Azov sea and the partial block of Kerch Straight, and with Russian interference in Us election being the last straw.

India is one of the major customers to Russian weapons, 70% of Indian military equipment's has the trace of Russian origin, from Assault Rifles to the mammoth nuclear submarines, So It's hard for India to move away from the Russian weapon market, as spares and engineering support does requires Russian assistance.

However in the last 10 years India has moved away from some of the formidable weapon systems which was supplied by Russia to US. One of the prime examples is the Russian IL 38 SD and Tu-142 ASW aircrafts being replaced by more modern US made P8I Aircraft customized with Indianvsubsystems..The same goes for the C17 and C130 J procurement by cutting the Russian offer of IL 476. India is also considering the Airbus A330 MRTT as the replacement of IL 78. This actually shows the Russian heavy lifters completely vanished from the
IAF replaced by US and Western Systems.

Apart from these, the recent cancellation of long standing flagship project of FGFA and the MTA and instead opting for Rafale and C-295 has clearly signalled of India is diversifying its equipment and moving away from Russia.

While comes to Air defense, almost all Soviet/Russian SAM systems have been replaced by either Indian or Israeli systems. The short range layer moving from S125 was to Indian built Akash. Medium Range layer using Israeli Spyder and Indo Israeli Joint Venture of Barak 8 SAM systems. Moreover the stalled Biho SPAAG acquisition order has also been given to South Korea instead of kuch touted Pantsir system from Russia. This development is in stark contrast from the near monopoly over Indian AD network wit almost all soviet era AD Systems replaced by Israeli and Indian made systems.

India has developed AFNET (Air force Network) which incorporates civilian Radars, Air force Radars, and the dedicated Air force Satellites, This gives the IAF a complete picture of all flying objects inside and outside Indian Airspace. The secondary nod of the AFNET is called IACCS ( India's Integrated Air Defence command and Control Systems )which oversees the security of Indian Airspace.

This is where the S400 comes into picture owing to its strategic range and detection capabilities.  As stated above, Almost all AD systems were Indian and Israeli or West based systems, US has no issue to supply and share its secure communication codes to India, such as the upcoming Predator deal, Apache deal and even if India goes for the future Fighter aircraft acquisition program with US.

One thing has to be noted here about all the previous deal which was signed with US, whether the P8 or C17, US refused ro supply its top notch secure communication links which were replaced by the Indian subsystems. The reason being that India was not a signatory to CISMOA (which is altered as COMCASA for India). Only after signing the COMCASA agreement US approved the sale of top notch US systems like Predator Drone and THAAD missile defense system.

If India Buys the S400, India will integrate the S400 into existing AFNET, The same network where Indian Israeli and upcoming US equipment's are connected. Integrating the S400 into the AFNET will compromise the communication links which US kept as top level secret, which is designed to fight against the Russians and Chinese one day.

A standalone S400 system which was excluded from existing AFNET will not make sense. So if India buys the S400 It must integrate it into existing AFNET. A move that will threaten US security interest and can lead to US stopping or exporting top notch US made Military systems.

US concerns are genuine. While India has already committed to the system, it must find a balance between its national security interest and the future of its geopolitical relationship with two strong powers.

Articles in your Inbox